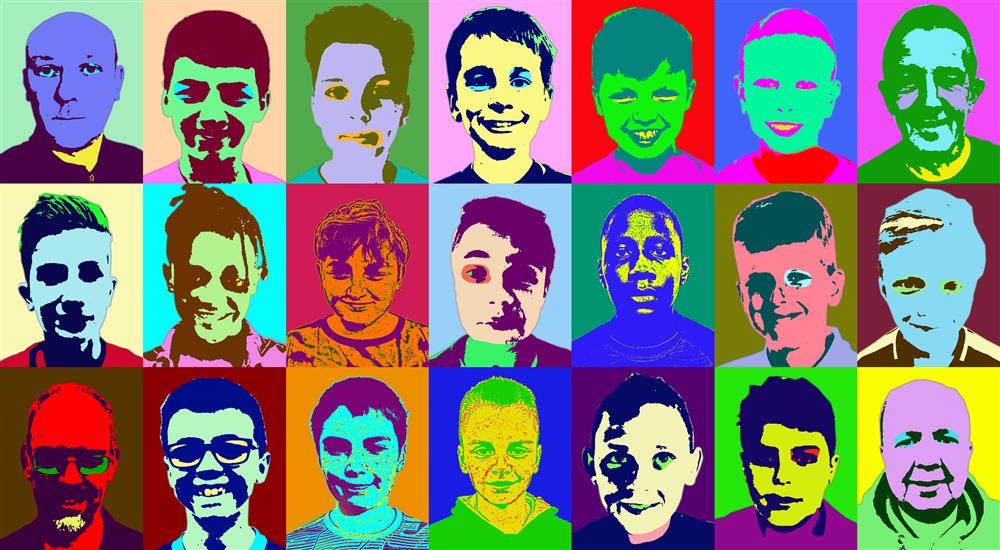 As U11's we decided to change our Sponsorship model as we opted to support the Children's Hospice South West and collect money for them at Home matches.

On Saturday 15th August 2020, we took part in the Warmley Rangers pre-season tournament; possibly the only local tournament due to Covid-19.  We played in an 11-a-side tournament, meeting Warmley from the division above in the final, taking them all the way to extra-time. 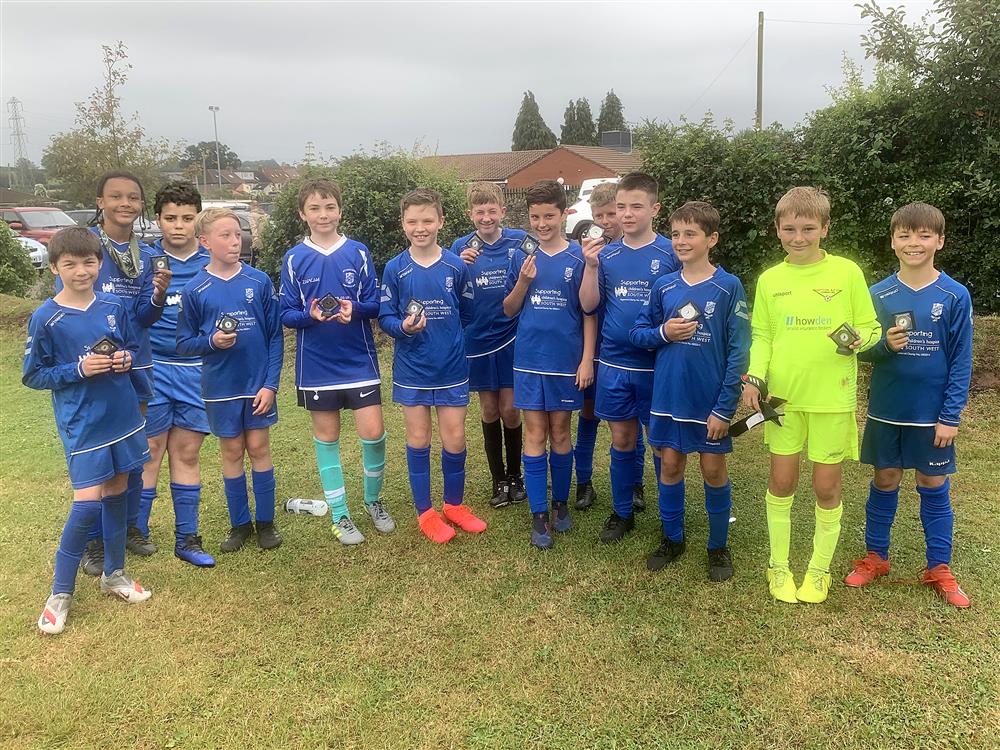 On Sunday 1st September 2019, we took part in the Fry Club JFC pre-season tournament.  We played in a 9-a-side tournament, winning our group and meeting Imperial in the final, taking them all the way to penalties. 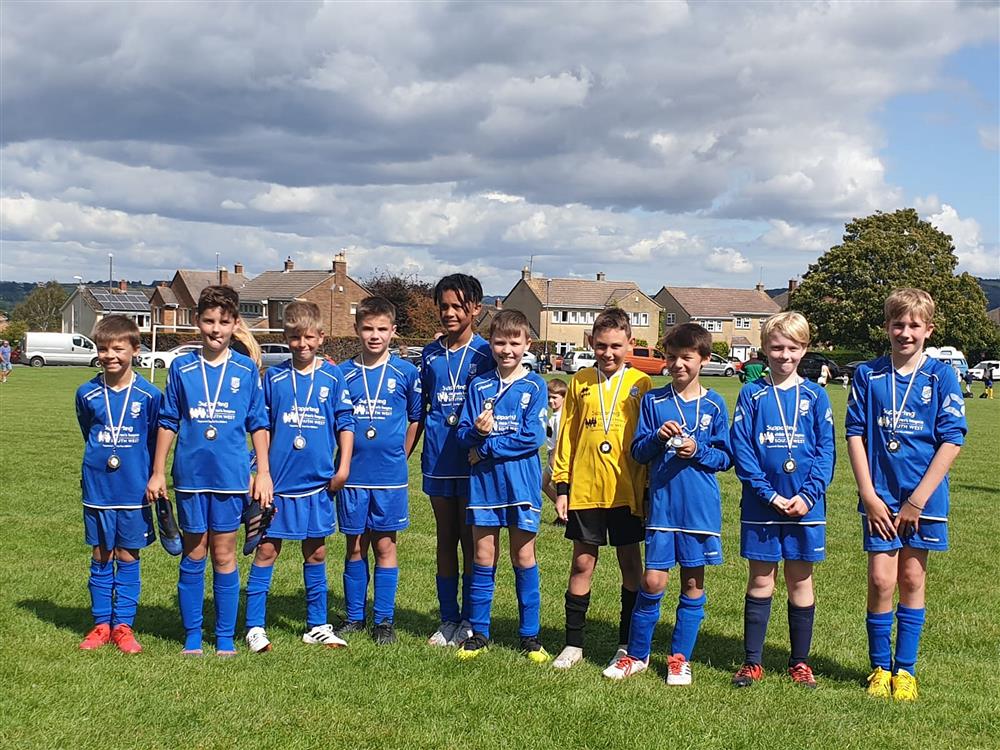 On March 23rd 2019, three of our players decided to undertake an Ironman Challenge.  For our U11 year, we decided that, rather than get a sponsor for our kit, that we would sponsor a charity. We decided to have the Children's Hospice South West logo printed on our shirts, and to collect for the charity at each of our Home matches. These three took this further and undertook an Ironman challenge of Swimming one mile, Running two miles and Cycling fifteen miles in an effort to raise £1000, with half of all monies raised going to the Hospice, and the other half going to our Club.  Here is a Video of the event:

And for the photos, click Ironman. Here is the link to the JustGiving Crowdfunding page. 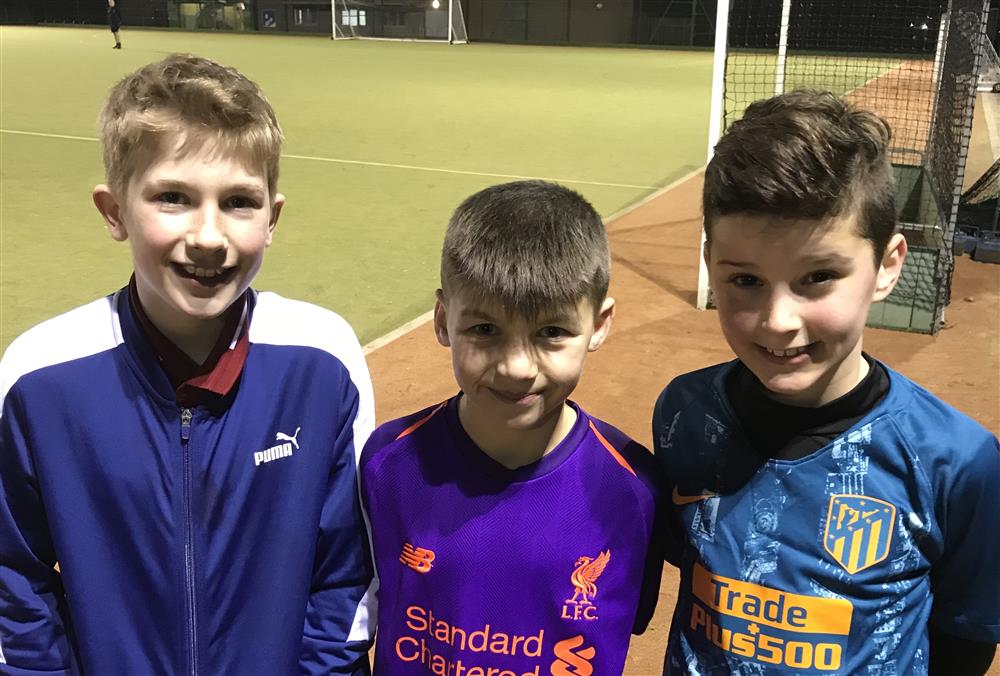 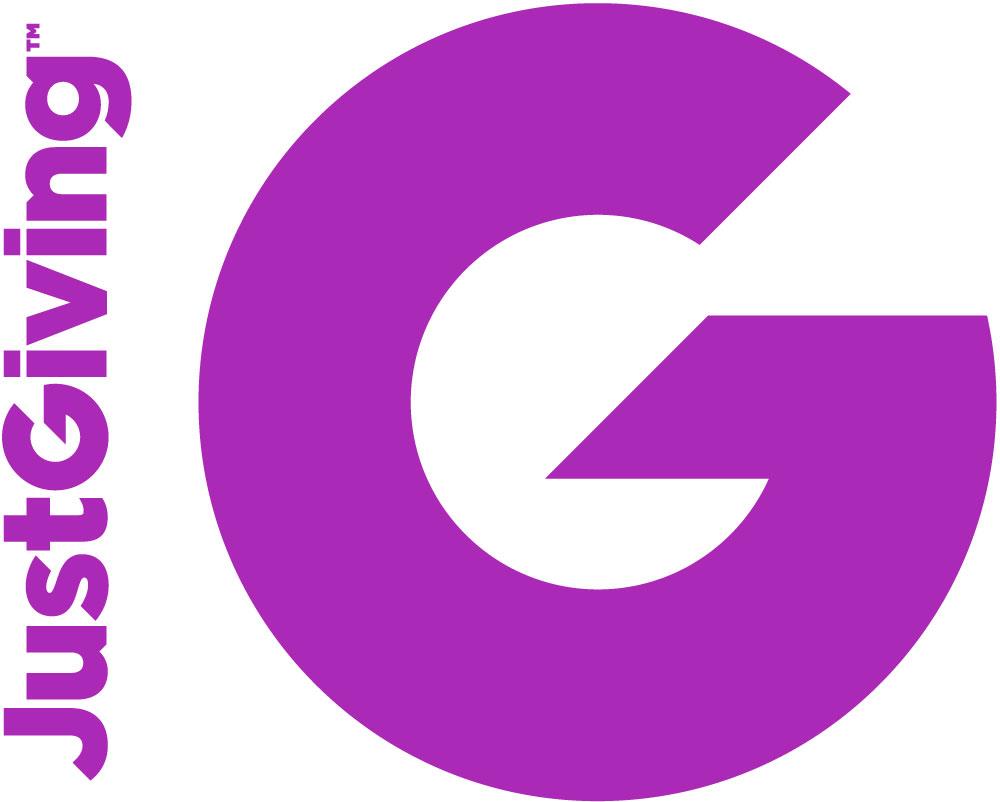 N.B. After all was tallied, we had raised just over the £1000 target, so huge congratulations to everyone involved.

On March 2nd 2019, we undertook a morning of bag packing at Tesco in Keynsham to raise funds.  For our U11 year, we decided that, rather than get a sponsor for our kit, that we would sponsor a charity. We decided to have the Children's Hospice South West logo printed on our shirts, and to collect for the charity at each of our Home matches. At this event we raised £422.60 in just two hours and we are grateful to Tesco in Keynsham for giving us the opportunity. 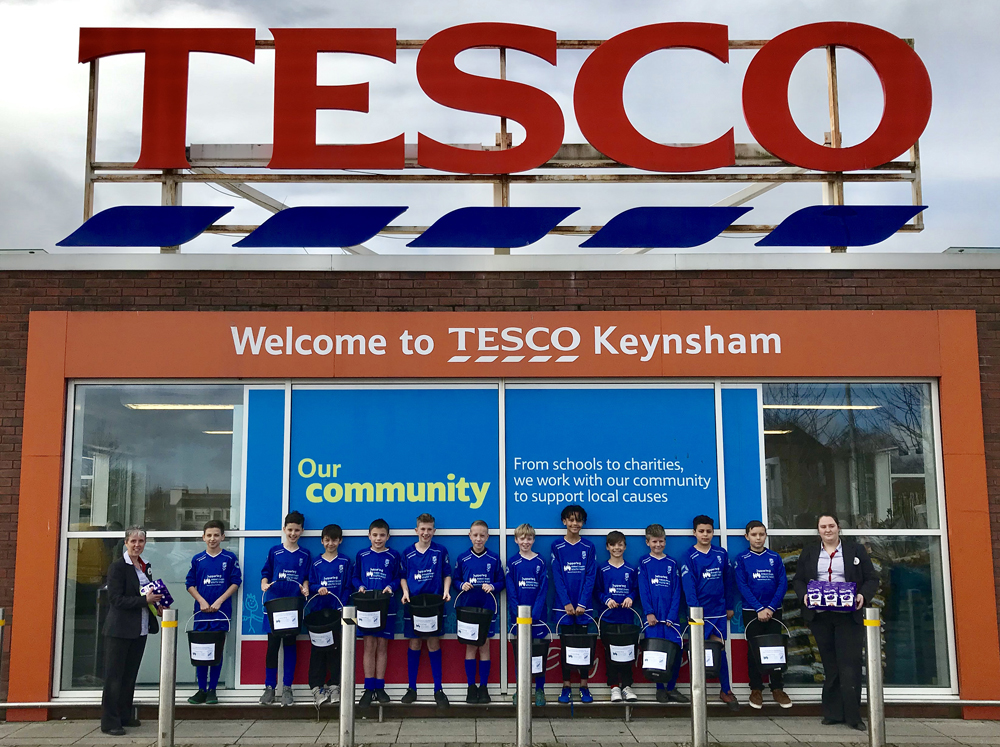 In November 2018, we took part in the Anti-Bullying Alliance sponsored Odd Socks Day. 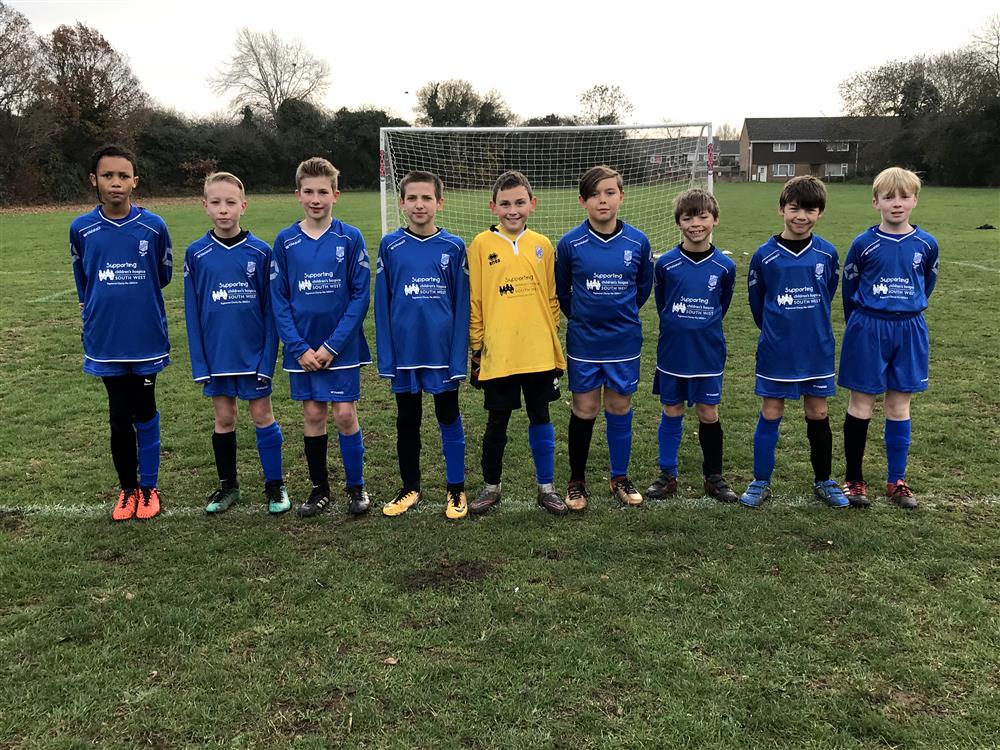 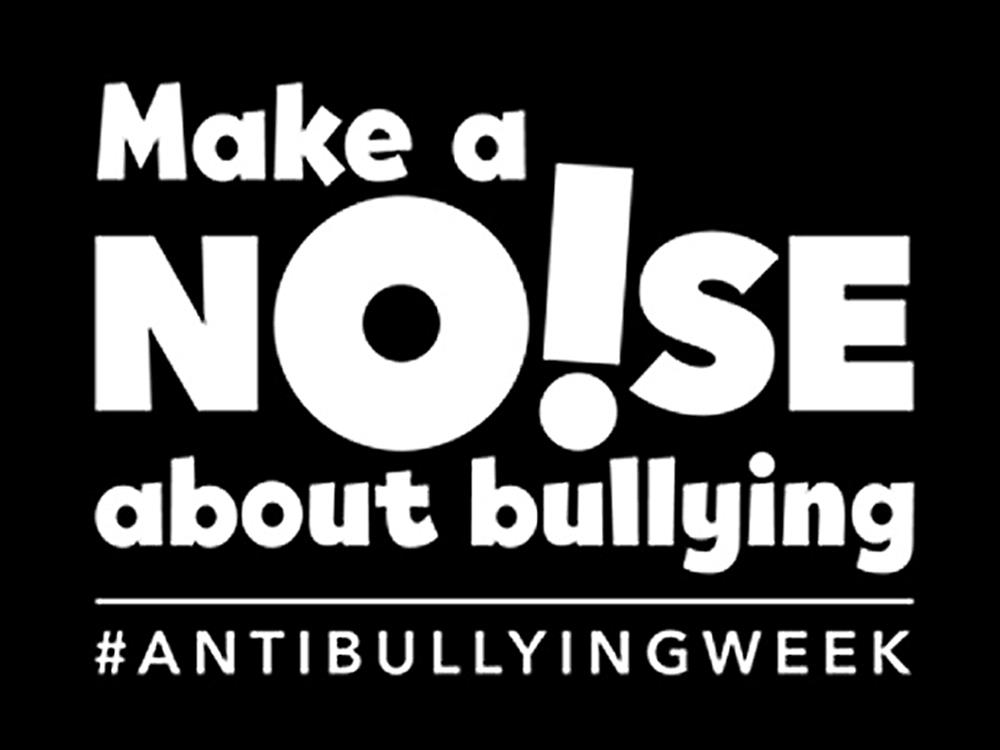 Grow A Mo For A Bro & Vichai Srivaddhanaprabha

Fry Club JFC and Keynsham Town U11’s came together before their match on the 4th November 2018 to Grow a Mo for Movember, raising awareness to help stop men dying too young. Helping make a difference for men's health – in prostate cancer, testicular cancer, mental health and suicide prevention.  They also held a minute's silence to honour the passing of Leicester City Chairman Vichai Srivaddhanaprabha and four colleagues who tragically died this week. 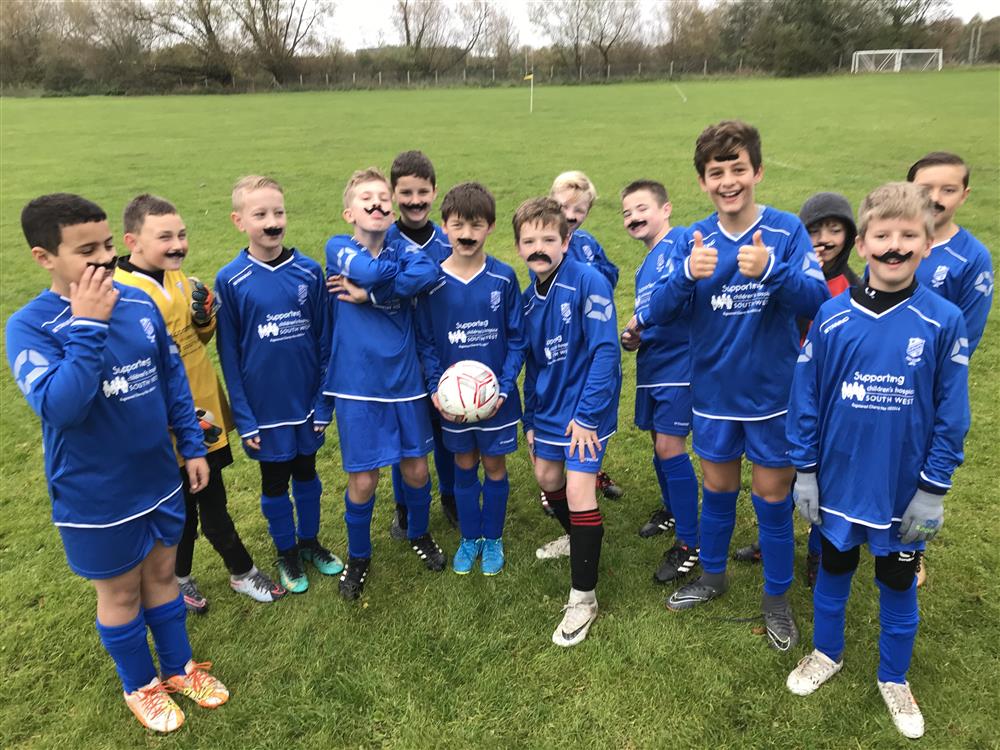 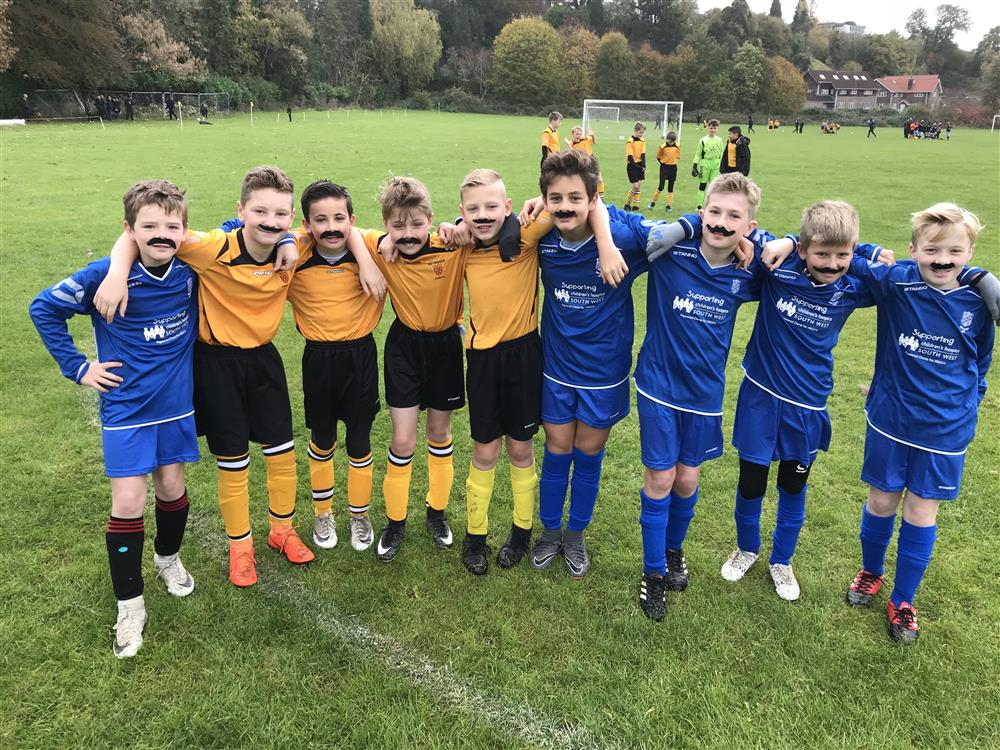 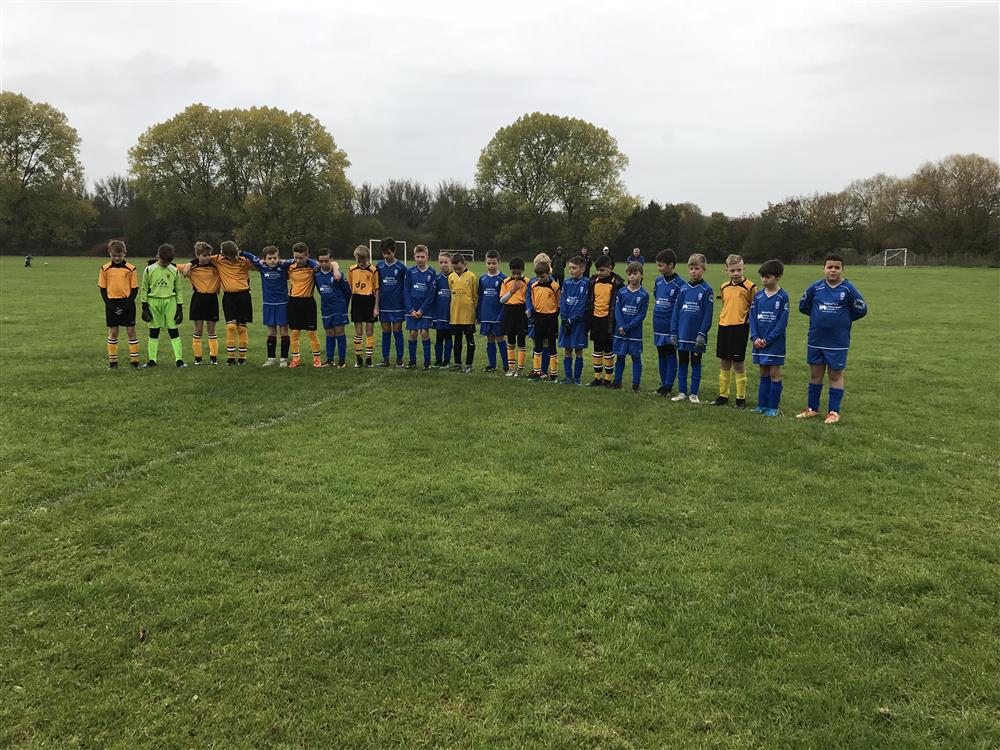 Well done to one of our Brave U11's.  He decided to raise money for Macmillan Cancer Support, via their Brave The Shave fundraiser. If you would like to donate money to this great charity then please text SHAVE 16742 to 70550. 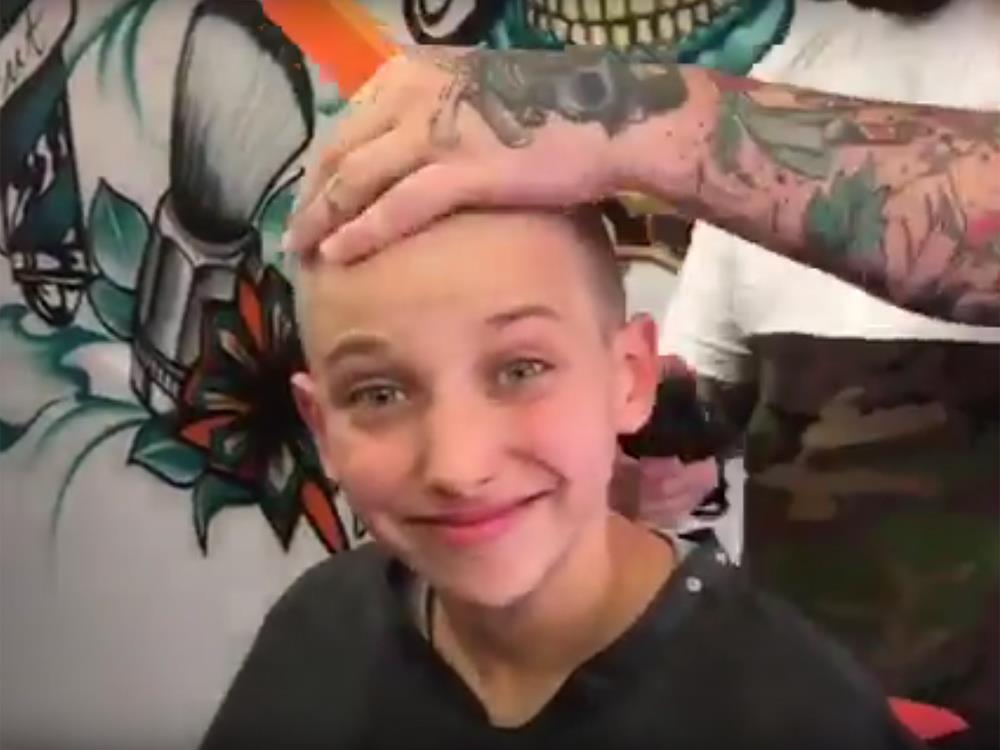 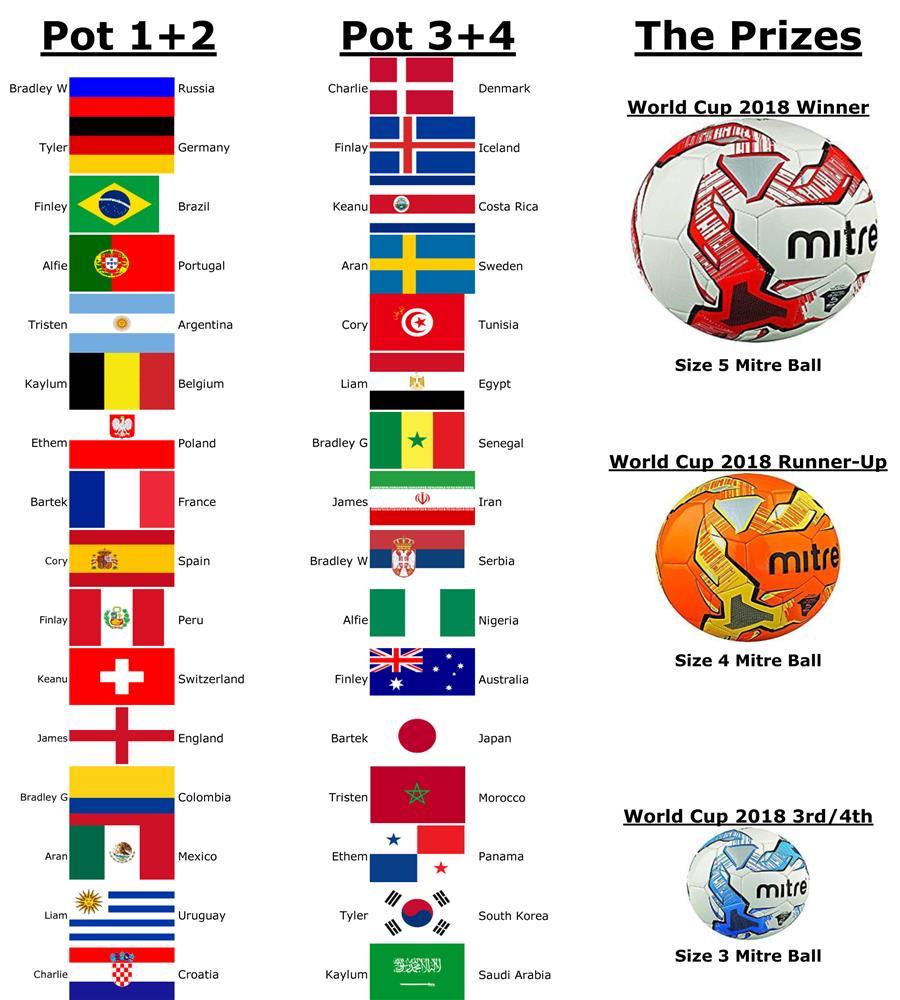 In October 2017 during our U10 season we made it to the final of one of the HML mini-cups (as we had as U9's), only this time we won it!  To see photos of the match and the celebrations click on Cup Final. 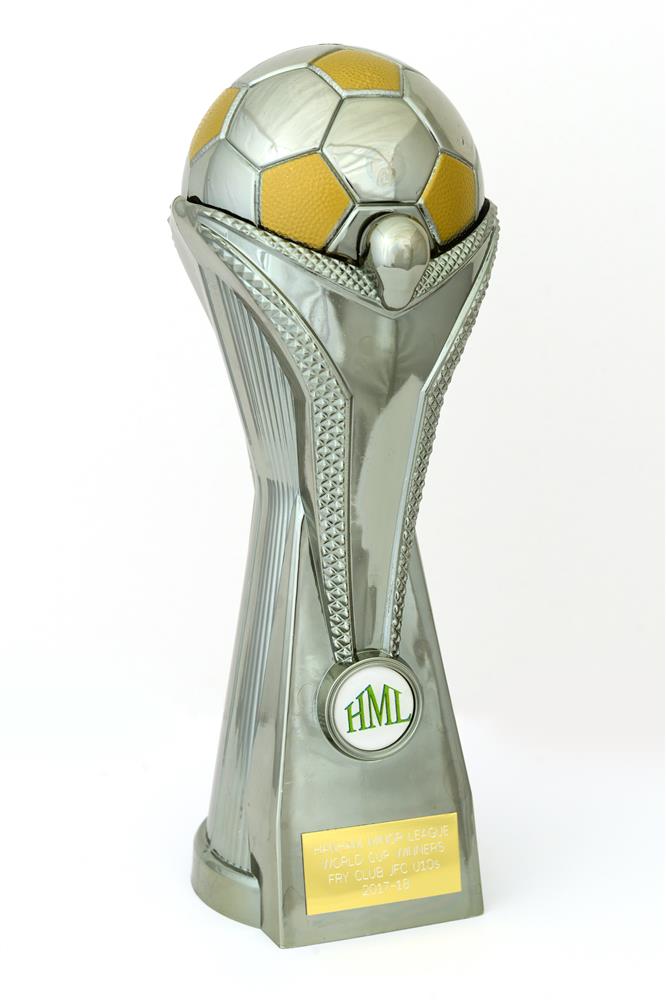 In October 2016 during our U9 season we made it to the final of one of the HML mini-cups.  We played really well, but unfortunately were unable to get the win.  To see photos of the match click on Cup Final. 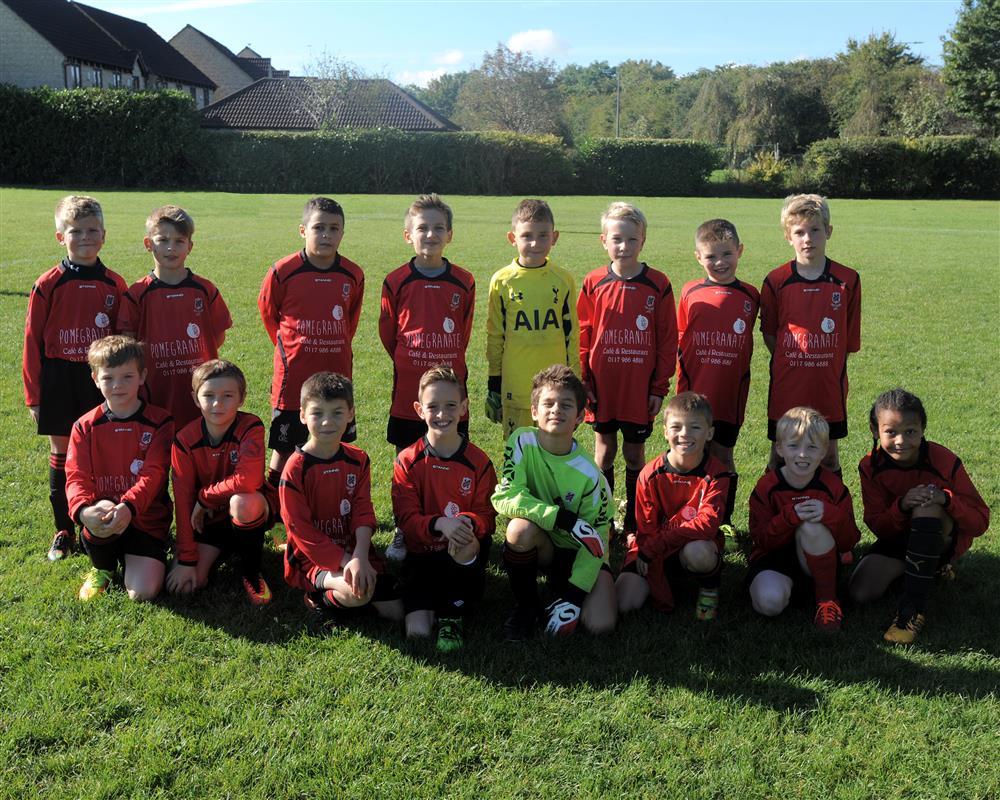 Many thanks to our U7 to U10 Sponsor, Pomegranate Cafe & Restaurant 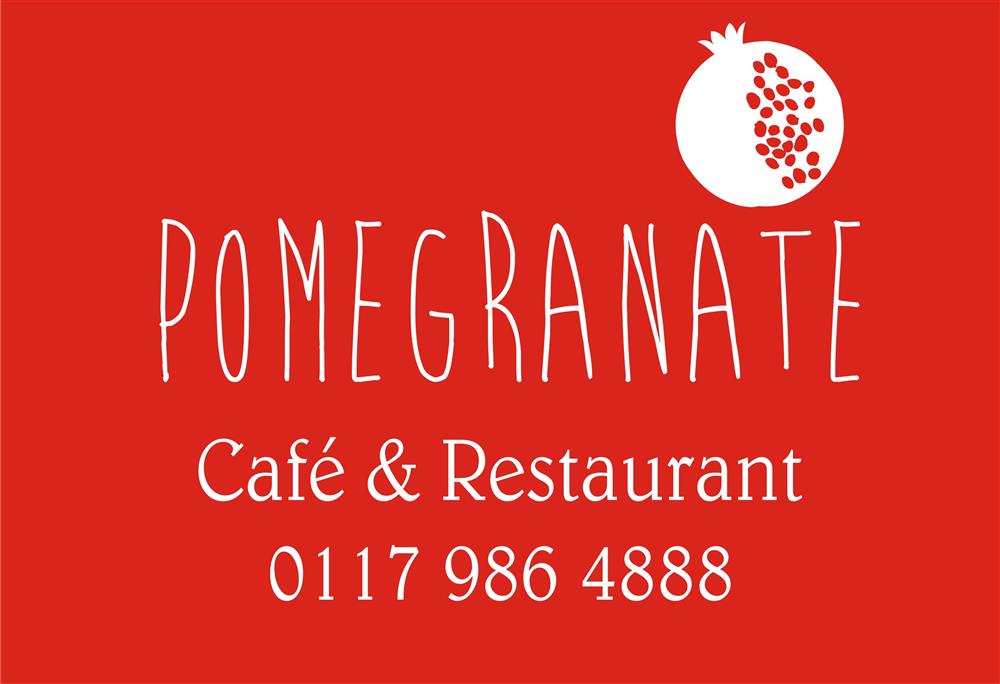 Our Kit & Sponsor made the local paper, the Keynsham Voice. 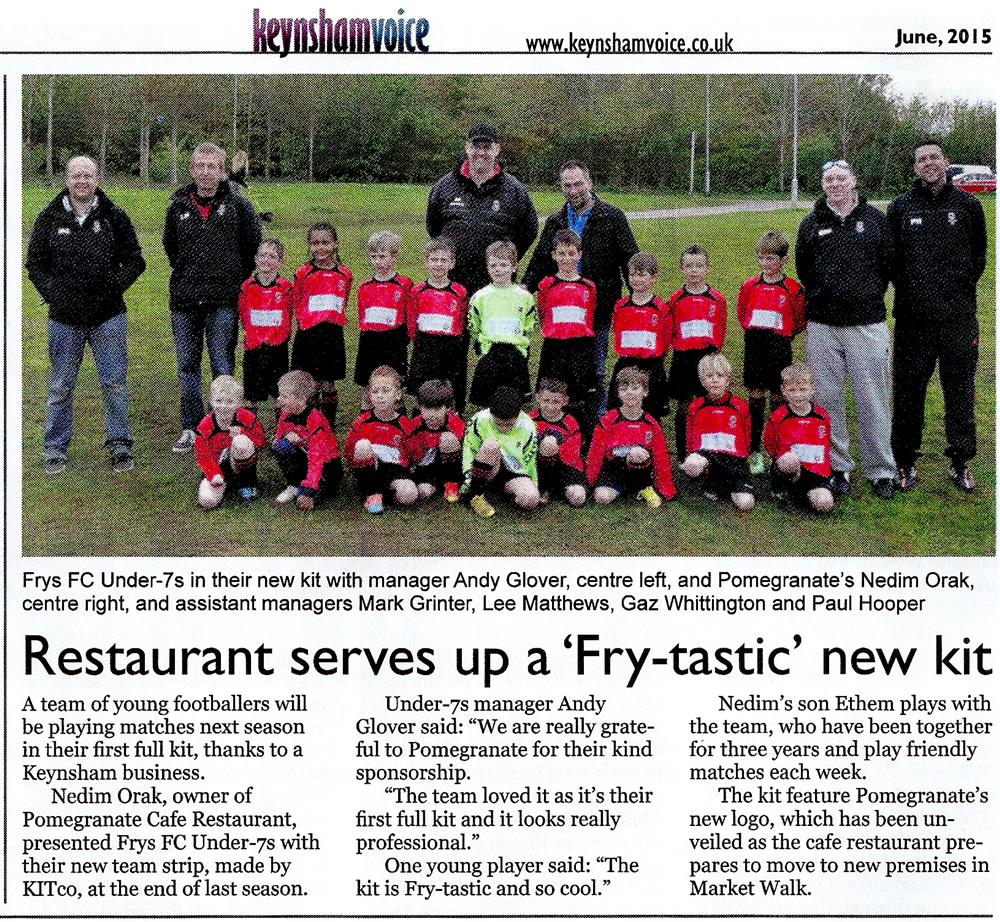 The team is open to U11 boys and girls.  We practice Football training skills using a variety of activities designed to be fun, and we end with a short game.  We train on a Friday evening 6:00pm - 7.00pm, light permitting at Somerdale Pavilion, and in the Winter at Wellsway School on their artificial surface. The only stipulation is that shin pads must be worn.

Our philosophy recognises that children do not perform as adults.  Therefore Football's Laws, researched and piloted by The Football Association, meet the needs of the children.  Mini-Soccer has all the features of ‘real’ football to children.  We do not set unrealistic expectations.   Many adults do not know what can be expected of children and so emphasise the result at the expense of performance.   Mini-Soccer helps by defining the targets for children at different ages.  We believe that Mini-Soccer sets a standard and a framework for behavior on and off the pitch, and as Managers we promote that standard.  Mini-Soccer is for all youngsters regardless of their ability.   It is intended for girls and boys, and young footballers with disabilities and learning difficulties, and we welcome everyone to Fry Club JFC.  Andy, Gaz, Paul, Mark & Lee - September 2018.